A positron implanted into a solid thermalizes rapidly and then diffuses in the bulk until it annihilates with valence or core electrons. In a defect free lattice, this diffusion process lasts around 100 ps, during this period the positron typically covers a distance of 100 nm in a random walk. The positively charged atomic cores form a repulsive potential and hence, the positron is likely to be found between the atom positions.

This behavior changes, if open volume defects (like vacancies, dislocations or grain boundaries) can be found in the bulk. Due to the missing positive charge, a potential that attract positrons forms at these sites. Positrons approaching them during the diffusion process can be trapped in their potential well and annihilate there. 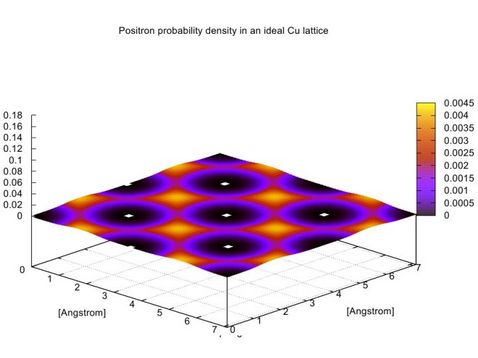 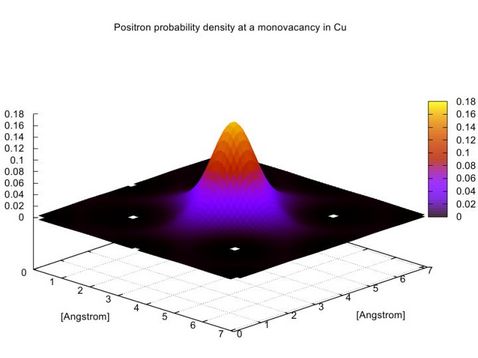 In our CDB spectrometer, the NEPOMUC positron beam is used and hence, the implantation region can be shifted from the surface region up to several micrometer into the specimen. By CDBS, a depth dependent chemical analysis of the defect sturucture can be performed. In conventional DBS, a depth dependent analysis allows the investigation of positron diffusion and further increases the sensitivity range in the case of saturated trapping. 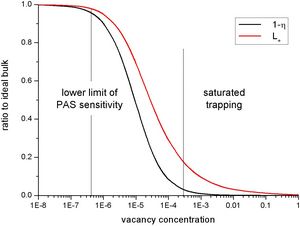