The horizontal reflectometer REFSANS was designed to enable specular reflectometry as well as grazing incidence neutron scattering studies of both solid samples and liquid-air interfaces.

The instrument versatility relies on the one hand on the fact that the wavelength resolution can be tuned between 0.2 and 10%, on the other hand on the possibility to independently control the horizontal and vertical divergence by means of a complex optic. These two characteristics make it possible to optimally perform reflectometry and GISANS. One can easily switch between these two configurations for a given sample and thereby fully investigate its structure without having to alter externally applied fields or constraints (temperature, chemical environment).

For reflectometry, a horizontally smeared out beam of up to 80 mm width is used in order to maximise intensity. For GISANS, up to 13 point beams are impinging on the sample and point focused on the 2D position sensitive detector placed at a distance of 9 m. This setup allows to resolve lateral structures with dimensions up to several micrometer. In all other cases the detector can be placed at any distance between 1.5 m and 12 m from the sample, thereby making it easy to control the explored angular range and optimise the resolution/ background intensity trade-off.

GISANS complements these measurements and has been successfully applied to polymer thin films (lateral correlations e.g in dewetted systems, detection and identification of polymer lamellae in immiscible blends or semicristalline systems), composites, nanopatterned metallic surfaces for which Bragg truncation rods have been reconstructed.

A heavy load Huber goniometer (max. load 200 kg) is normally used to carry the experimental set-up, but it can easily be removed and replaced by custom equipments.

Detector
High performance 2D 500 × 500 mm2 multiwire 3He detector (pixel size 2.7mm, efficiency 80% at 7 Å, gamma sensitivity < 10-6) positioned between 1.5 m and 12 m from the sample. The detector is installed in a liftable vacuum tube in order to reach exit angles up to 6 degrees at the maximum distance.

TOF analysis
The data are acquired in list mode, each neutron arrival time and impact position being stored for later analysis. This makes it possible to perform various rebinnings in order to tune the resolution/ intensity trade-off. 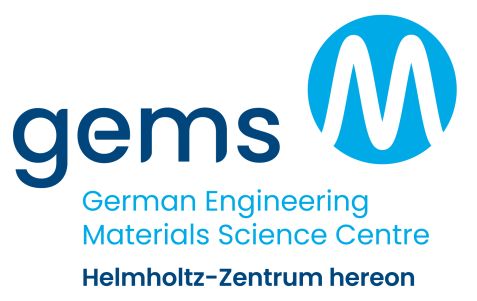 Find the latest publications regarding REFSANS in our publication database iMPULSE:

Citation of the instrument

For citation please always include the DOI.

Figure 1: The GISANS focusing channels (used in NGE3 and 4).