History of the Heinz Maier-Leibnitz Zentrum

The beginning of neutron science in Germany can be traced back to Garching. Based on the initiative of Prof. Heinz Maier-Leibnitz the first research reactor in Germany was built there and was in operation from 1957 to 2000. Due to its characteristic egg shaped housing the FRM has become a distinctive landmark on the research campus in Garching. As it has been the first building on site, it was the seed of one of the biggest science campus in Europe. 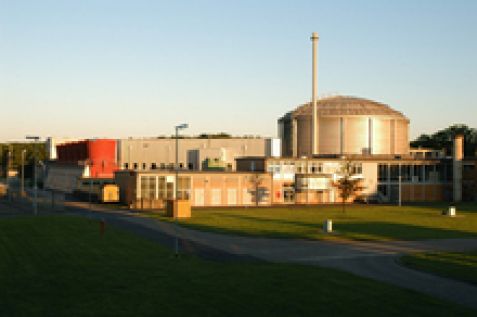 Shortly after the start of science with neutrons in Garching more research reactors were planned and built in Germany. The most powerful one was built in Karlsruhe, the FR 2. Capable of producing 44 MW it was in operation from 1961 – 1981. Besides basic research science this reactor was used to produce radioisotopes for diagnosis and therapy in nuclear medicine. Forschungszentrum Jülich, at that time the “Kernforschungsanlage Jülich”, hosted two of the reactors. FRJ-1 “MERLIN” was in operation from 1962 – 1985. Meanwhile this reactor has been completely dismantled. The other one, FRJ-2 “DIDO” was in operation from 1962 – 2006. This reactor was able to produce a power of 23 MW in its final stage of extension and served exclusively as a neutron source for scientiifc research. Instrumentation within the neutron laboratory “ELLA” included small angle neutron scattering (SANS) instruments, a double crystal diffractometer, backscattering and time-of-flight spectrometers, a diffractometer for diffuse neutron scattering, a spin echo spectrometer and the cold neutron triple axis spectrometer HADAS.

Another two reactors were in operation at the research center in Geesthacht.The 5 MW reactor FRG-1 was in use from 1958 – 2010 and the 15 MW reactor from 1963 – 1993. Neutrons from these two reactors were used to pursue basic science in the fields of material science and medicine. Instruments included those used to perform neutron radiography and –tomography, neutron activation analysis, diffractometry, reflectometry and SANS.

The reactor BER II at the Helmholtz-Centre in Berlin was taken into operation in 1973 and refurbished in in the early 90th. One of the specific high-lights is the support of extreme sample environment equipment, specifically at very high magnetic fields and low temperatures. 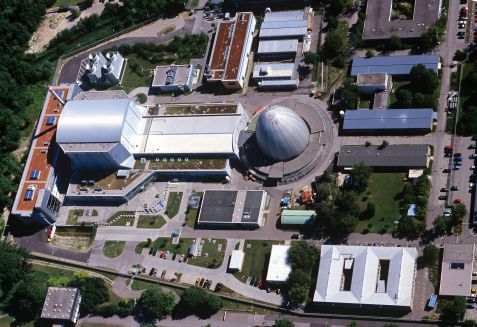 The “Forschungs-Neutronenquelle Heinz Maier-Leibnitz (FRM II) was built in the direct vicinity of the FRM. Construction was started in 1996 and the new FRM II went into operation on March 2, 2004; it has been in routine operation since April 2005. The building cost of the reactor was about € 430 million.

In 2004 Forschungszentrum Jülich and the Technische Universität München signed a cooperation to operate neutron scattering instruments at the new neutron source FRM II which were previously in Jülich. In this way the outstation of the Jülich Centre for Neutron Science (JCNS) at the FRM II was founded. A total of 7 instruments were moved from Jülich to Garching to ensure the continuation of cutting-edge research with neutrons at the most modern neutron source in Germany.

In 2011, collaboration work at the FRM II was significantly intensified by signing of a new cooperation contract. The BMBF, the Bavarian State Ministry of Education, Science and the Arts, three Helmholtz-Centres in Jülich, Geesthacht and Berlin and the Technische Universität München joined forces to form a world-class neutron scattering centre within Germany.

Decades after the first steps were taken by Heinz Maier-Leibnitz back in the late 1950s to found and initiate science with neutrons on the green field site outside northern Munich, research with neutrons and positrons in Germany has returned to this historical origine. The high neutron flux of the source and the world class suite of instruments combined with the dedication and competences of the cooperation partners and the associated university groups and institutes forms a remarkable facility for the scientific user community. This is backed by state-of-art sample environment equipment and additional on-site laboratory facilities for sample preparation and complementary techniques.

To name this facility the Heinz Maier-Leibnitz Zentrum is both to honour its past and affirm excellent user service in the future.

Atomic egg around 1958 before the Physik-Department was built