Every year, up to 1,200 guest scientists from all over the world come to perform measurements at the Heinz Maier-Leibnitz Research Neutron Source (FRM II), one of the few high flux neutron sources for research purposes and radioisotope production in Europe. The Technical University Munich, Forschungszentrum Jülich and Helmholtz-Zentrum Geesthacht have joined forces under the organizational umbrella of the Heinz Maier-Leibnitz Zentrum (MLZ) to further expand research and education opportunities of the FRM II. As a result, two new buildings were opened in October 2020, providing a total of 4,550 square meters of floor space for laboratories, offices and workshops.

European Photon and Neutron facilities represented in the H2020 projects PaNOSC, FILL2030 and ExPaNDS, and members of LEAPS and LENS, including the Heinz Meier-Leibnitz Zentrum (MLZ), have been developing and implementing a policy for the management of experimental data, the DOI for data. The video explains how this persistent link works and which advantages arise from the use of DOIs.

Diana Andrea Garcés – a PhD student at National Atomic Energy Commission in Buenos Aires, Argentina. She talks about her collaboration and especially her work at the instrument SPODI, a high resolution powder diffractometer, at the Research Neutron Source Heinz Maier-Leibnitz (FRM II) in Garching.

Ricardo Garcia Soto is a Chilean science author and director of television films, as well as the highly successful Astroblog. He studied astronomy at the University of Chile and completed his education as a film and TV director, which gave him a different look at astronomical research.
In 2016 he visited Garching and came by for a stop-over at the FRM II. He made a short about what to see at the FRM II.

Quantum Mechanics and Neutron Scattering – Part 1
The video looks at the topics of quantization, quantum phase transitions and scattering at lattices explained for students and teachers on the example of the instrument BioDiff. Detailed information and interviews with the scientists can be found at the webpages of Forschungszentrum Jülich.

Quantum mechanics & neutron scattering Part 2
The video deals in more detail with quantum phase transitions with the example of the instrument DNS. Detailed information and interviews with the scientists can be found at the webpages of Forschungszentrum Jülich.

Lutetium-177 – A new ally in the fight against cancer produced at the Forschungs-Neutronenquelle. 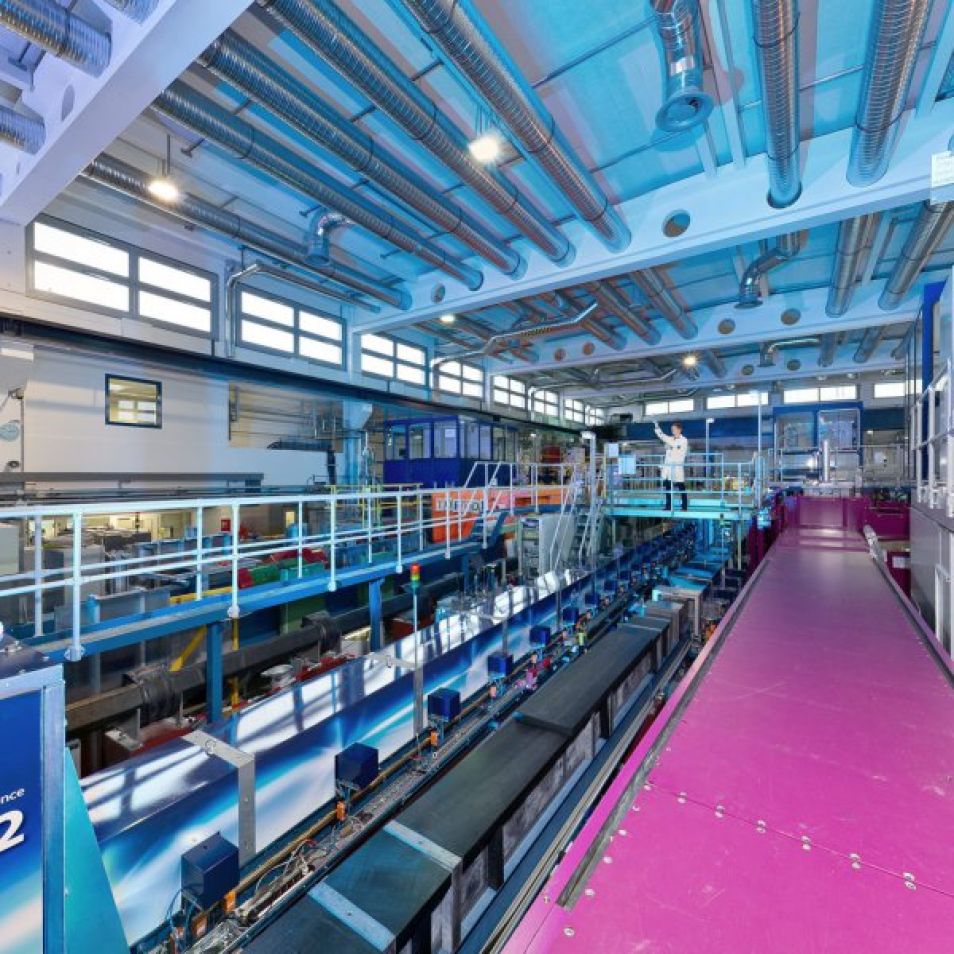 You never stop learning – especially not in the field of science and research! At this year’s Edgar Lüscher Seminar for teachers, the former scientific director of FRM II, Prof. Dr. Winfried Petry, gave an exciting lecture on neutrons and their diverse applications. Have fun watching the video!