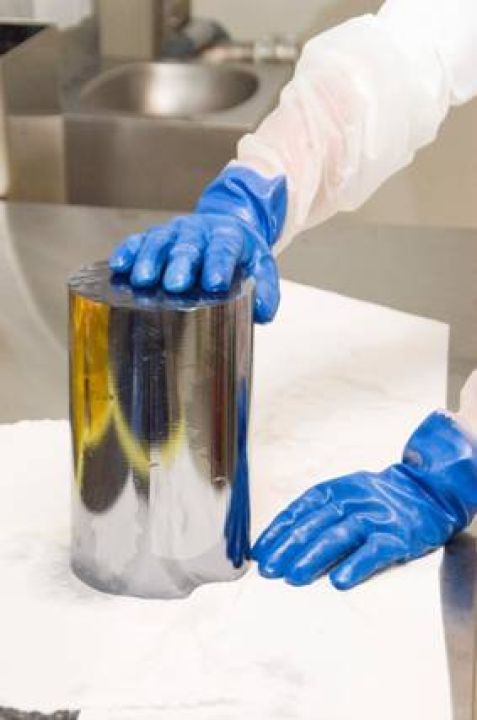 The high neutron flux near the reactor core is used by our irradiation facilities. Main purpose is to produce new, mainly radioactive isotopes either for medical or technical applications. They are further used for analytical purposes by means of the neutron activation analysis (NAA). Small amounts of impurities get radioactive by absorbing neutrons and are by this detectable with extremely high sensitivity.

The production of stable isotopes, for example that of phosphor, is used to fabricate extremely homogeneous doped silicon. Here we use the high flux of thermal neutrons to irradiate blocks of pure silicon. The capture, i.e. absorption of the neutrons by single silicon atoms ends up after a radioactive decay in a stable phosphor atom. The high penetration depth of the neutron beam in the silicon block assures the equal distribution of the so produced phosphor atoms and by this an extremely homogenous doping of the silicon. This homogeneity is required for high power, high current rectifiers and thyristors used for energy transport over long distances (high voltage DC transmission) or power regulation for example in high speed trains, respectively.

Further information of the irradiation facilities can be found at the FRM II web pages.