Discussion meeting on the new water rights application of the TUM

The use of the water requires a permit. Since the previous water law permit of the two TUM institutes only applies until the end of 2019, the Technical University of Munich (TUM) applied for a new higher water law permit in July 2018 to discharge cooling water and low-level radioactive waste water into the Isar via an existing discharge structure at river kilometre 130,300. The permit is to be valid for the next 30 years.

The meeting took place on Tuesday, 23 July 2019, in the Citizens’ Hall of the municipality of Ismaning. The discussion was chaired by Alexander Mayer, a lawyer at the Munich District Office (LRA). Representatives of the responsible authorities such as the District Office Munich, the Water Management Office Munich, the State Office for the Environment, the Bavarian Ministry of the Environment and the Bavarian Ministry of Science were invited to the meeting. The applicant was present with the management level and technical experts and answered all questions.

Although the proposal of the Green Member of Parliament, Markus Büchler, to admit the public without restrictions was approved, the ranks of the audience in the citizens’ hall remained empty for the most part. More than 1,400 objections were submitted by the surrounding communities such as Freising, Ismaning, Eching, Hallbergmoos, Neufahrn and Garching, but also by associations such as the Fischereiverband or the Münchner Umweltinstitut e. V. as well as private individuals. Objectors as well as concerning could announce themselves to word, doubts express and with the respective involved ones discuss. Already on the first day all objections to the water-legal procedure could be discussed.

A large number of objections were raised against the nuclear licensing scope, even if the topic was not the subject of the water law procedure. As this topic had caused a lot of controversy in the media and public participation on the part of the TUM was explicitly desired, objections were discussed on Wednesday, 24 July 2019. After an impulse lecture on the scientific application and use of the research neutron source Heinz Maier-Leibnitz (FRM II) by the scientific director, Prof. Dr. Müller-Buschbaum, topics such as conversion, interim storage and disposal of fuel elements, proliferation agreements and dismantling of the FRM II were discussed.
Unexpectedly, even fewer objectors or affected parties participated in the nuclear licensing procedure than in the water licensing procedure.

Questions, answers, and media entries regarding the water right permit 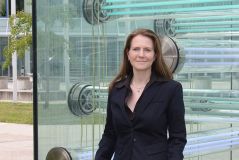 FRoM behind the SCiENcES, 12.07.2019
Everything under control