A lighthouse of innovation – 15 years of FRM II 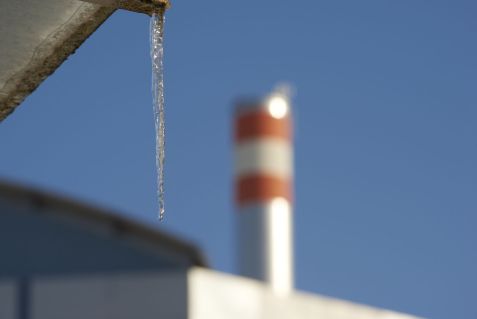 For exactly 15 years the research neutron source Heinz Maier-Leibnitz (FRM II) of the Technical University Munich has been providing neutrons for research, industry and medicine. Today, and from the beginning, the neutron source is one of the most powerful and modern sources worldwide. Each year around 1000 international customers come to Garching executing measurements for their cutting-edge research.

The neutron research at FRM I – the legendary “atomic egg” that started operation in 1957 – was the root of the Garching research campus. The plans to replace the neutron source in Garching for a new and more powerful one started in 1979. In August 1996, after long, fierce political controversies, the construction of the new plant began.

On 2 March 2004, the FRM II came into operation for the first time and reached its so-called criticality at 02:01 pm. 15 years have passed since that first day of nuclear commissioning when it was still under the responsibility of the former general contractor Siemens in 2004. Since this time, and after the handover to TUM on 29 April 2005, the FRM II is under routine operation and delivers neutrons for its scientific users and customers every year.

Disregarding the very first commissioning-cycle conducted by Siemens in 2004, the FRM II delivered an average of 182 days of operation each year during 2005 and 2018. Thereby we even operated the reactor and delivered neutrons for our users during difficult years, for example in 2011 after the accident of Fukushima or in 2014 when the very extensive ten-year inspections had to be carried out.

And finally, big thanks to all our employees for their strong support in the last 15 years! The continuously safe and reliable operation of our plant is a central prerequisite for being able to celebrate the “birthday” of our reactor every 2nd of March.