A Life for Science

It was Heinz Maier-Leibnitz who brought modern neutron research to Germany. © Firsching / TUM

Heinz Maier-Leibnitz was born on 28.03.1911 in Esslingen am Neckar. Already as a boy, he was fascinated by science and mathematics, which led him to study physics at the Technical University of Stuttgart and the University of Göttingen. He received his doctorate in 1935 under Nobel Prize winner James Franck.

After his call to the then Technische Hochschule München in 1952, he took charge of the Laboratory for Technical Physics and developed it into a center of nuclear solid-state physics. With the planning and construction of the “atomic egg” (FRM) in Garching, he brought modern neutron research to Germany.

“Research is what I enjoy the most”

Heinz Maier-Leibnitz at the handover of the reactor Heinz Maier-Leibnitz (2nd from left) at the handover of the reactor to the Physics Laboratory of the TH on 3 February 1958 with (from left) the Bavarian Minister President Dr Hanns Seidel, the Rector of the TH Munich Prof. Dr Ernst Schmidt, and Federal Minister of Atomic Energy Siegfried Balke. © FRM II / TUM

Heinz Maier-Leibnitz (2nd from left) at the handover of the reactor to the Physics Laboratory of the TH on 3 February 1958 with (from left) the Bavarian Minister President Dr Hanns Seidel, the Rector of the TH Munich Prof. Dr Ernst Schmidt, and Federal Minister of Atomic Energy Siegfried Balke. © FRM II / TUM

“With the research reactor in Garching and the institute we got to go with it, a new life began for us, because now we were in a position to realize nuclear physics experiments that could only be carried out at a few research institutes in the world,” Maier-Leibnitz described about the successful commissioning of the FRM on 30 October 1957 (Edingshaus, 1986, p. 147).

The continuous search for new and innovative methods drove Heinz Maier-Leibnitz as a scientist. “Research is what I enjoy most, and a researcher is someone who can do and does something that no one anywhere in the world can do better than he can”, he explained about his understanding of science (Edingshaus, 1986, p. 226). Maier-Leibnitz also passed this attitude on to his students, from whom he always expected independent free-thinking and expertise.

The spirit of research and ingenuity did not only characterise the professional life of the multi-award-winning physicist. He was passionate hobby cook who enthusiastically experimented with microwave dishes and wrote a cookbook on the subject with countless sophisticated recipes (Maier-Leibnitz & Cless-Bernert, 1987).

Heinz Maier-Leibnitz was involved in science policy and promoted the introduction of the departmental system at the Technische Hochschule München. In doing so, he won many talented researchers for the university, including his student and physics Nobel laureate Rudolf Mößbauer.

The crowning achievement of Maier-Leibnitz’s scientific career was the establishment of the international neutron research center “Institute Max von Laue-Paul Langevin” (ILL) in Grenoble. There, from 1967 to 1972, he implemented all the ideas and methods he had previously developed in Munich. “Today, you can’t tell what all he invented there, that’s how much it was,” said Tasso Springer, a student of Heinz Maier-Leibnitz, about his merits at the ILL.

Maier-Leibnitz will also be remembered as a political man who cared deeply about the public discussion of controversial issues. To this day, his remarks have lost none of their relevance. He always saw researchers as being responsible for advising politicians. Most crucial, he said, was the comprehensible presentation of scientific findings. Maier-Leibnitz was convinced: “The problems of the modern world require more research and more technology to overcome them, not less” (Maier-Leibnitz, 1983, p. 6).

Since 1977, the German Research Foundation has awarded the Heinz Maier-Leibnitz Prize to young researchers in recognition of outstanding achievements. The prizes are endowed with 20,000 euros and are intended to support and encourage the recipients to pursue their scientific careers. This year’s award ceremony will take place on 4 May 2021 in a virtual setting.

Honours and titles:
Prof. Heinz Maier-Leibnitz received numerous honours in recognition of his achievements. These include the Bavarian Order of Merit, Bavarian Order of Maximilian, Grand Cross of Merit with Star of the Federal Republic of Germany, Officer of the Legion of Honour of the Republic of France, Austrian Decoration of Honour for Science and Art, member and for several years Chancellor of the Order pour le mérite, Honorary doctorates from the Universities of Vienna, Grenoble, Reading, Otto Hahn Prizes from the City of Frankfurt and the German Physical Society, Stern-Gerlach Medal from the German Physical Society, Medal of Merit in Gold from the City of Garching, Golden Ring of Honour from the Technical University of Munich (2000). 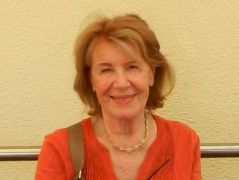 “When I cook, I think of my father” – Interview with Christine Raum, daughter of Heinz Maier-Leibnitz