When the atomic egg was being tilled 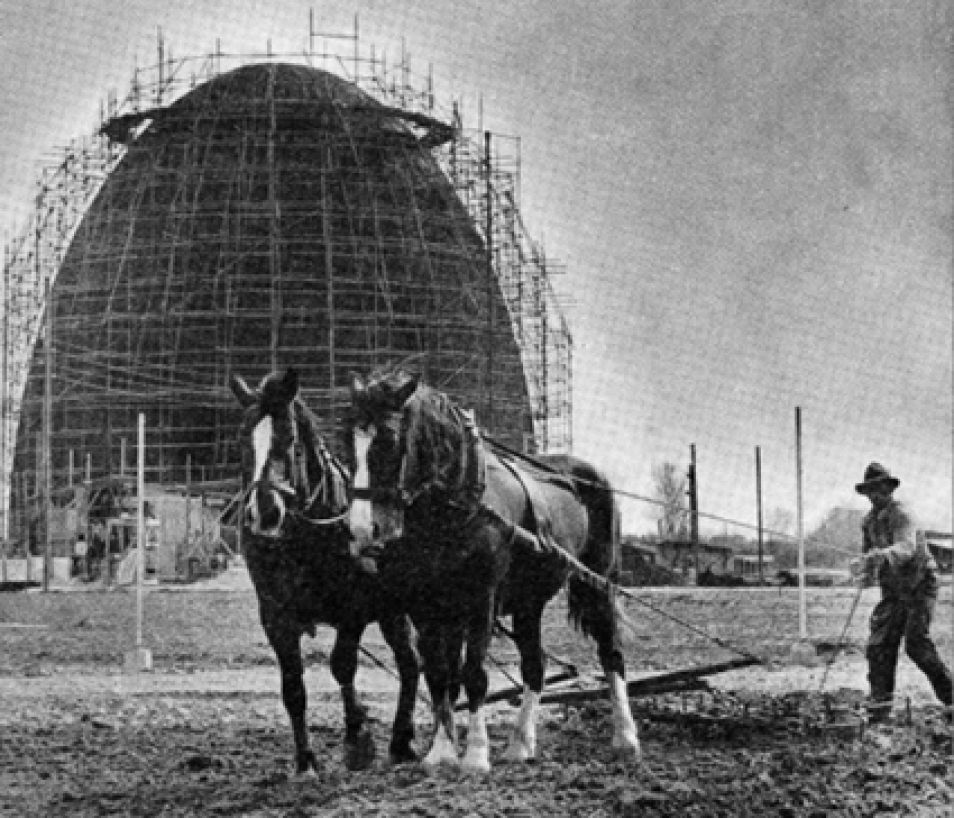 Every elementary school child in Garching knows this picture: Josef Leinthaler cultivates a field with clamped horses in front of the as yet unfinished research reactor in Munich (FRM). © DLG

Throughout his life Josef Leinthaler cultivated his fields on the farmland around Garching. However, the local farmer could hardly have imagined the development of the small village near Munich into a world-renowned science centre. It all began more than 60 years ago with the construction of Germany’s first nuclear facility – the research reactor in Munich, popularly known as the “Atomic Egg” – right next to Josef Leinthaler’s field.

The campus, as the research site in Garching is called, is hardly imaginable without “atomic eggs”. But where scientists are now researching new ideas, farmers used to farm. One of them was Josef Leinthaler. The photo that shows him in front of the as yet unfinished research reactor in Munich (FRM), showing how he cultivates a field
with clamped horses, is known by every elementary school child in Garching.

The photographer at the time recognized the peculiarity of this motif.
The picture appeared in 1957 on the title page of an agricultural newspaper with the text: “Zeichen der neuen und der alten Zeit”. The construction of an ultra-modern technology that will herald a new era for Garching and the world meets a soon to be departing way of working in agriculture.

At home in his parlour, the 90-year-old gives his impressions of the construction of the Atom egg. There is coffee and cake: his wife has baked. Josef’s brother Johann, two years younger, also joined the conversation.

Title page of the "Deutsche Landwirtschaftsgesellschaft" The now popular picture appeared in 1957 on the title page of an agricultural newspaper with the text: "Zeichen der neuen und der alten Zeit". © DLG

The now popular picture appeared in 1957 on the title page of an agricultural newspaper with the text: "Zeichen der neuen und der alten Zeit". © DLG

Josef Leinthaler tells how he hitched the horses to the harrow to cultivate the field adjacent to the construction site. Although the family has owned a tractor for many years, but at that time it could not be imagined that it would one day be possible to farm completely without horses, and so the family had rebuilt the stable two years earlier. It turned out differently. In 1960 the last horse left the Leinthaler farm and was one of the last farms to convert to a mechanical vehicle fleet.

From farmland to science campus

On 31 October 1957, the FRM was the first research reactor in Germany to go into operation. Previously, several cities had applied as a potential location and Garching’s mayor at the time, Josef Amon, also sensed the opportunity. Due to the favourable location directly on the Isar – important for cooling water – downstream from Munich, and the sparse population, the prospects were good. There was no information given to the population or even critical discussions within the local inhabitants in advance. It just happened! “The decision was made practically in the inn”, Josef Leinthaler laughs talking about how the decision makers and Garching’s mayor visited Gasthof Neuwirt after their visit, “at least that is what the locals say”.

The atomic egg did not evoke any negative feelings. It was not questioned, and there was no attempt to prevent it. The only emotion you could hear in the interview at that time was probably a kind of subliminal pride that Garching would get the first research reactor in Germany. The community coat of arms created in 1967 bears witness to this. The atomic egg is depicted on it, among other things.

In just under a year, the striking building was built into the landscape about 2 km from the edge of the village. One could also say “into nothingness” because at first there was only one dirt road as an access road. Professor Heinz Maier-Leibnitz bought the land for the reactor from the local farmers on behalf of the Bavarian
State Government.

“At that time it was said that nothing more would be there,” recalls Josef Leinthaler. The population knew nothing about the big plan, which was probably already in the government’s drawer. The construction of the nuclear egg did not stop there. It didn’t take long until more and more institutes settled around the reactor, and much later companies. Almost the entire TU Munich is now on site. The Leinthalers also traded their field for another field. “That was nothing special at the time,” assures Johann Leinthaler. Some farmers, who sold a lot of land on their farms to make room for the institutes in the industrial estate or for housing construction, moved to Lower Bavaria in order to make a living there.

Garching, which doubled its population with the admission of refugees and displaced persons after the war and had a good 2800 inhabitants in 1956, also continued to grow steadily due to the influx of scientists and other employees on the campus. The tranquil farming village became a small town with 18,000 inhabitants today. This development was inconceivable at that time.

At first the exchange between the scientists and the local population was rather small. Today, the Leinthaler family’s neighbourhood is home to many employees of the science campus as well as students. Garching was elevated to the status of a city and is now called a “university city”.

The egg has become an indispensable part of Garching

Josef Leinthaler himself took part in a tour of the FRM after completion. “Today, of course, everything looks completely different,” he says. In the meantime, the striking building has become an integral part of the Garching cityscape. The egg-shaped dome of the building is now under protection.

On 28 July 2000, the FRM was finally shut down for reasons of modernisation. In the future, the interior of the
striking building is to serve as an extension of FRM II, which went into operation in 2004.

The egg-shaped dome has become an integral part of the Garching cityscape. A witness is the Garching community coat of arms. © TUM 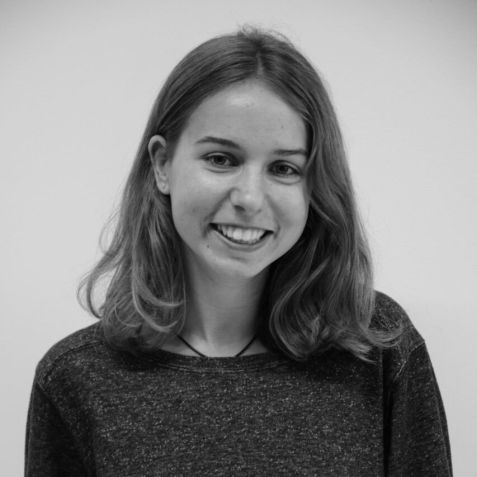