Mission in the third generation 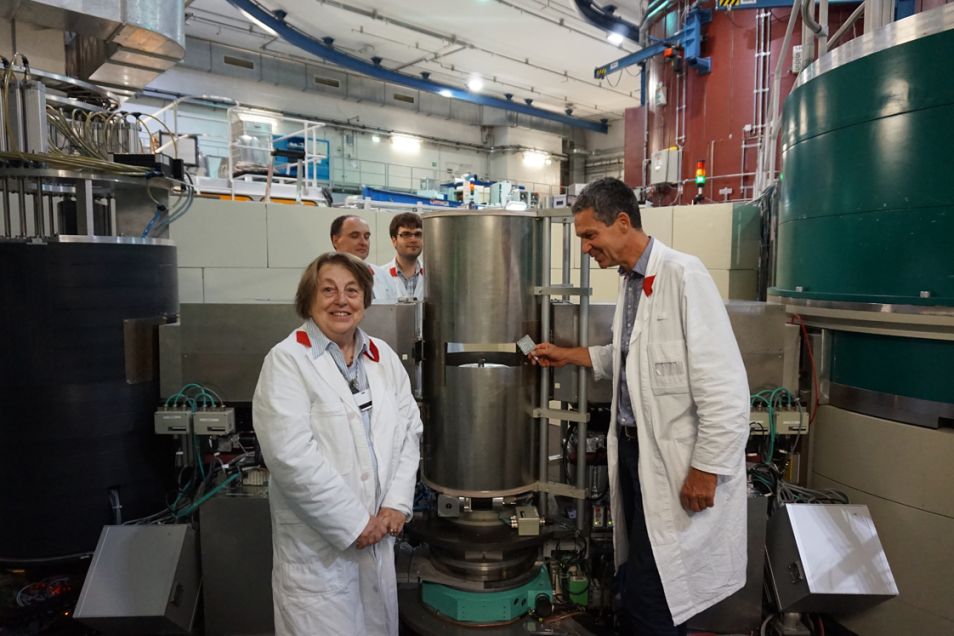 Only a few meters away from where she is standing now, Izabela Sosnowska waited tensely for test results four decades ago. At that time she was still in a measuring hut at the end of a neutron guide, in front of the „atomic egg”. Today this place is in the experimental hall of the new neutron source, a few meters from the three-axis spectrometer TRISP. This time Izabela Sosnowska has brought with her two new generations of scientists: her former doctoral candidate and chair successor, Radoslaw Przenioslo, and his PhD student Piotr Fabrykiewicz. Now they want to take advantage of “the excellent resolution” of instrument scientist’s Thomas Keller’s TRISP.

In the third generation, the physicists at the University of Warsaw are still researching iron oxide compounds in Garching. The material was not as fashionable in the 1980s as it is today. That’s why Izabela Sosnowska had to wait more than 20 years for recognition of her discovery at the former research reactor in Garching.

The material is interesting for applications in photovoltaics or data storage

In the years 1980 to 1981 the Warsaw born lady performed her measurements with Erich Steichele at the neutron time-of-flight diffractometer at the “atomic egg”. She investigated the chemical compound BiFeO3 with unprecedented resolution and found a new effect, the long magnetic spiral. “BiFeO3 is the only material which exhibits unique magnetoelectric coupling at room temperature,” says Izabela Sosnowska, still full of enthusiasm. Already in her PhD thesis at the University of Warsaw, in 1967, she had examined bismuth ferrite. BiFeO3 gives perspective for many applications, e.g. in photovoltaic systems for generating the photoelectric effect or as a data storage material. 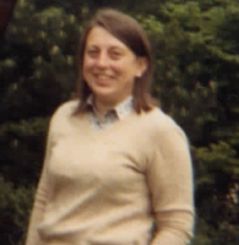 But at that time, in the eighties, the experts hardly took notice of the groundbreaking results of Izabela Sosnowska. Only in the 2000s, scientists became aware of the 20-year-old publication, started to cite it in their papers, and the number of citations of Sosnowska’s paper rose abruptly – up to about 1100. Today, Izabela Sosnowska’s publication “Spiral magnetic ordering in bismuth ferrite” is one of the most cited papers in the Journal of Physics and is ranked among the magazine’s 50 most influential publications. It will also be the most important publication of the atomic egg in Garching. This gives Izabela Sosnowska late satisfaction.

Hard lessons for an Eastern woman in Western science

Was it hard to come to the other side of the Iron Curtain during the Cold War? “The visa was not a problem for me,” smiles Izabela Sosnowska. “However, it was hard for me as a woman and native Polish to gain recognition in the male and western domain of physics,” she adds. But she wipes it away with a wave of her hand. She was always interested in science, in the matter. “I wanted to investigate crystals; the men made fun of me saying: It is because she likes jewelry.” Then she proudly shows photos, showing her in the company of the prominent physicists at that time, the father of the Atomic Egg, Prof. Heinz Maier-Leibnitz, and the inventor of the neutron guide Tasso Springer.

The iron oxide compound currently being examined at TRISP by the Warsaw scientists. © MLZ / TUM

After completing her studies at the University of Warsaw, Izabela Sosnowska has built the first TOF diffractometer at the pulsed IBR reactor in Dubna, Russia. Later, as she was searching for a TOF diffractometer with a higher resolution to continue her studies of bismuth ferrite, she found that the one in Garching provided an order of magnitude higher resolution compared with her previous instrument. After her discovery and some more research stations, her dream came true: she could combine science and teaching and became tenured professor at the Faculty of Physics of the University of Warsaw in 1989, where she has been working until today. Five out of her eight doctoral students have become professors themselves. Another success for the brave scientist.

Even if she often spends time in her country house, planting its garden with impressive roses and clematis, Izabela Sosnowska does not let go of science. She will surely come back to Garching and wait for more measurement results. 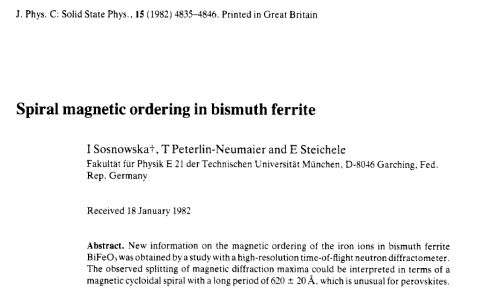 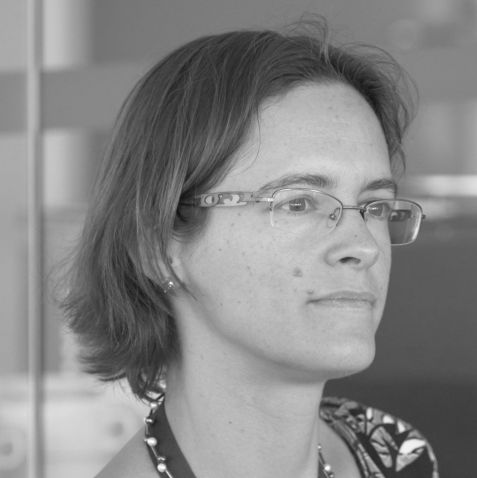